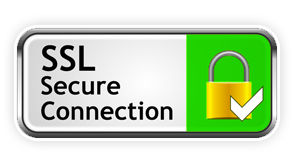 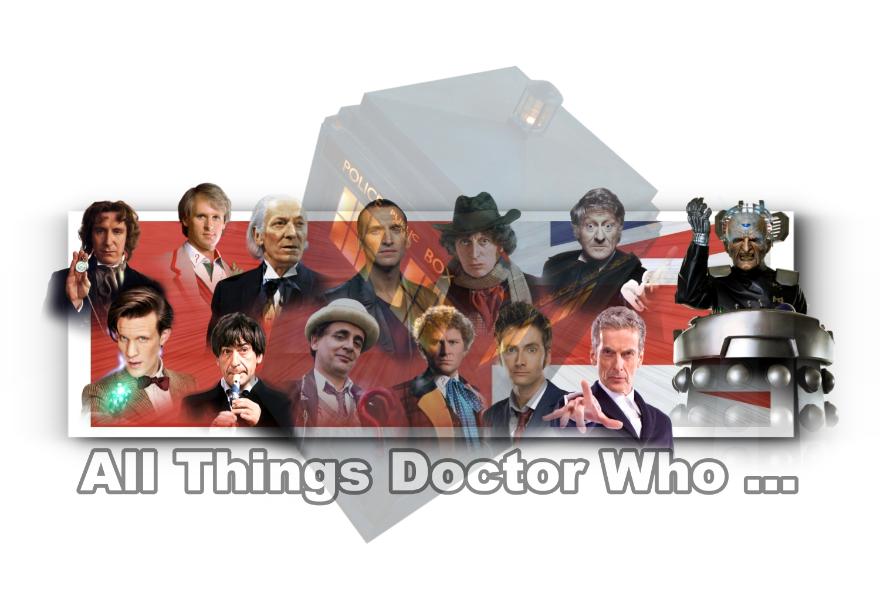 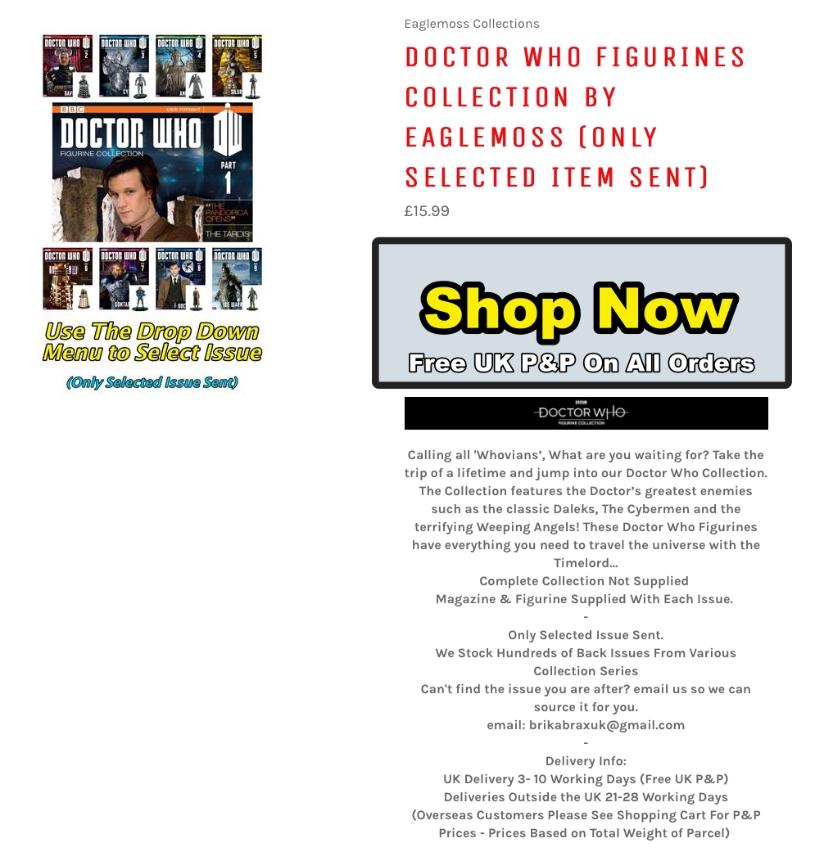 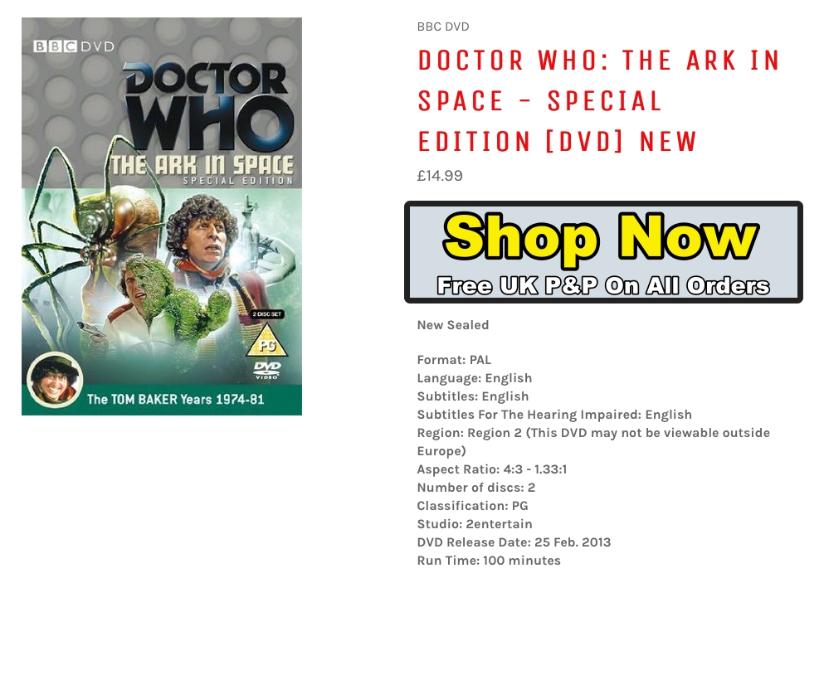 Doctor Who
is a British science-fiction television programme produced by the BBC since 1963. The programme depicts the adventures of a Time Lord called "The Doctor", an extraterrestrial being from the planet Gallifrey. He explores the universe in a time-travelling space ship called the TARDIS. Its exterior appears as a blue British police box, which was a common sight in Britain in 1963 when the series first aired. Accompanied by a number of companions, the Doctor combats a variety of foes, while working to save civilisations and help people in need.

The show is a significant part of British popular culture, and elsewhere it has gained a cult following.
It has influenced generations of British television professionals, many of whom grew up watching the series. The programme originally ran from 1963 to 1989.
There was an unsuccessful attempt to revive regular production in 1996 with a backdoor pilot, in the form of a television film titled Doctor Who.
The programme was relaunched in 2005, and since then has been produced in-house by BBC Wales in Cardiff.
Doctor Who has also spawned numerous spin-offs, including comic books, films, novels, audio dramas, and the television series
Torchwood (2006–2011),
The Sarah Jane Adventures (2007–2011),
K-9 (2009–2010), and
Class (2016-present),
the series has been the subject of many parodies and references in popular culture. 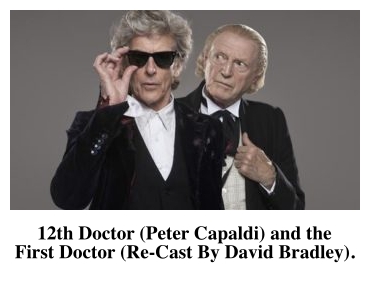 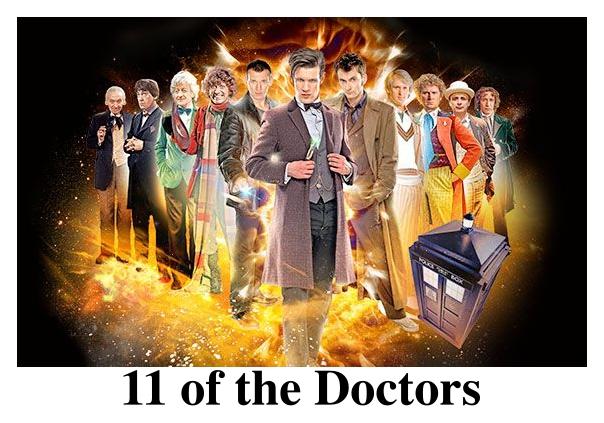 Doctor Who first appeared on BBC TV at 17:16:20 GMT, eighty seconds after the scheduled programme time,
at 5:15 pm, on Saturday, 23 November 1963 due to the assassination of John F. Kennedy the previous day.
It was to be a regular weekly programme, each episode 25 minutes of transmission length.
Discussions and plans for the programme had been in progress for a year.
Canadian head of drama Sydney Newman was mainly responsible for developing the programme, with the first format document for the series being written by Newman along with the head of the script department (later head of serials) Donald Wilson and staff writer C. E. Webber.
Writer Anthony Coburn, story editor David Whitaker and initial producer Verity Lambert also heavily contributed to the development of the series.
The programme was originally intended to appeal to a family audience, as an educational programme using time travel as a means to explore scientific ideas and famous moments in history.
On 31 July 1963 Whitaker commissioned Terry Nation to write a story under the title The Mutants.
As originally written, the Daleks and Thals were the victims of an alien neutron bomb attack but Nation later dropped the aliens and made the Daleks the aggressors.
When the script was presented to Newman and Wilson it was immediately rejected as the programme was not permitted to contain any "bug-eyed monsters".
According to producer Verity Lambert; "We didn't have a lot of choice — we only had the Dalek serial to go ...
We had a bit of a crisis of confidence because Donald [Wilson] was so adamant that we shouldn't make it.
Had we had anything else ready we would have made that." Nation's script became the second Doctor Who serial – The Daleks (a.k.a. The Mutants).
The serial introduced the eponymous aliens that would become the series' most popular monsters, and was responsible for the BBC's first merchandising boom.

The BBC drama department's serials division produced the programme for 26 seasons, broadcast on BBC 1.
Falling viewing numbers, a decline in the public perception of the show and a less-prominent transmission slot saw production suspended in 1989 by
Jonathan Powell, controller of BBC 1.
Although it was effectively cancelled with the decision not to commission a planned 27th series of the show for transmission in 1990, the BBC repeatedly affirmed that the series would return.

While in-house production had ceased, the BBC hoped to find an independent production company to relaunch the show.
Philip Segal, a British expatriate who worked for Columbia Pictures' television arm in the United States, had approached the BBC about such a venture as early as July 1989, while the 26th series was still in production.
Segal's negotiations eventually led to a Doctor Who television film, broadcast on the Fox Network in 1996 as a co-production between Fox, Universal Pictures, the BBC and BBC Worldwide. Although the film was successful in the UK (with 9.1 million viewers), it was less so in the United States and did not lead to a series.

Licensed media such as novels and audio plays provided new stories, but as a television program Doctor Who remained dormant until 2003.
In September of that year, BBC Television announced the in-house production of a new series after several years of attempts by BBC Worldwide to find backing for a feature film version.
The executive producers of the new incarnation of the series were writer Russell T Davies and BBC Cymru Wales head of drama Julie Gardner.

Doctor Who finally returned with the episode "Rose" on BBC One on 26 March 2005.
There have since been nine further series in 2006–2008 and 2010–2015, and Christmas Day specials every year since 2005. No full series was filmed in 2009, although four additional specials starring David Tennant were made.
In 2010, Steven Moffat replaced Davies as head writer and executive producer.
In January 2016, Moffat announced that he would step down after the 2017 finale, to be replaced by Chris Chibnall in 2018.
In addition, Series 10 will debut in April 2017, with a Christmas special broadcast in 2017.

The 2005 version of Doctor Who is a direct plot continuation of the original 1963–1989 series
and the 1996 telefilm.
This is similar to the 1988 continuation of Mission Impossible, but differs from most other series relaunches which have either been reboots
(for example, Battlestar Galactica and Bionic Woman)
or set in the same universe as the original but in a different time period and with different characters
(for example, Star Trek: The Next Generation and spin-offs).

The programme has been sold to many other countries worldwide. 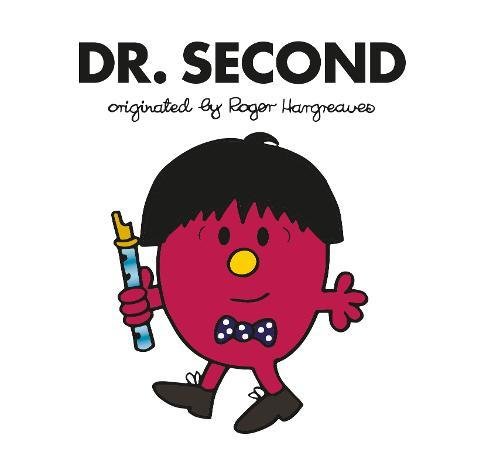 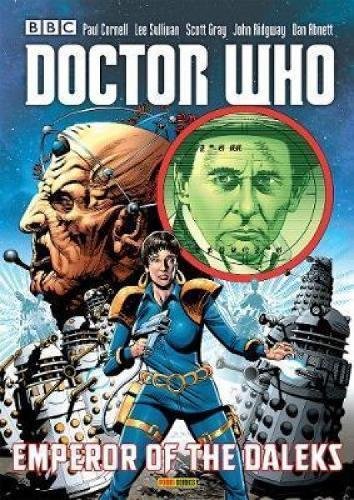 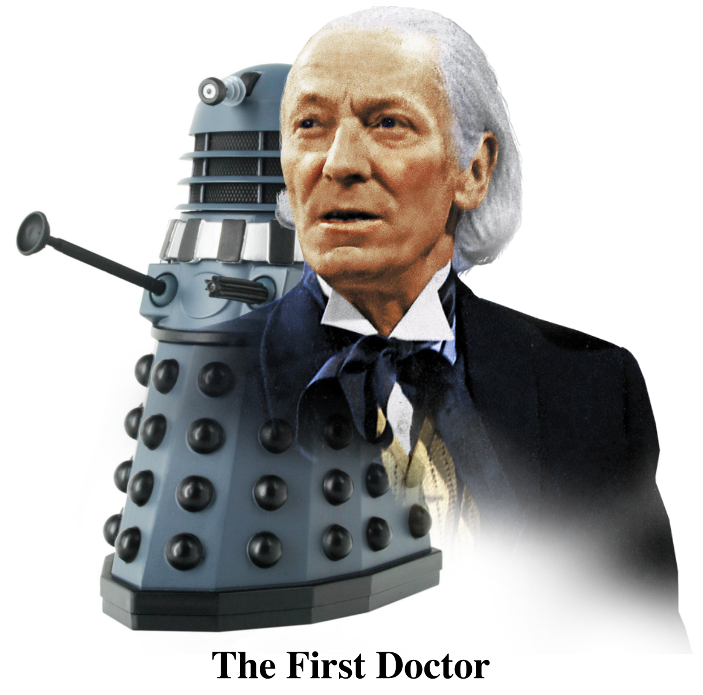 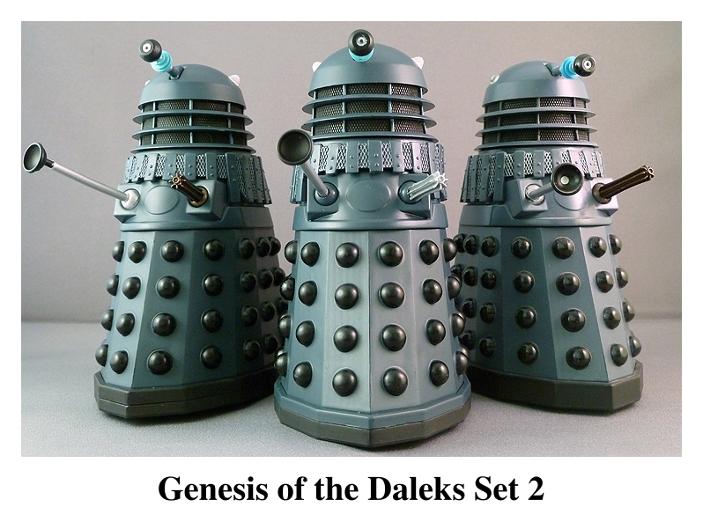 Doctor Who follows the adventures of the primary character, a rogue Time Lord from the planet Gallifrey, who simply goes by the name "The Doctor". He fled from Gallifrey in a stolen TARDIS – "Time and Relative Dimension in Space" – a machine which allows him to travel anywhere in time and space.
The TARDIS has a "chameleon circuit" which normally allows the machine to take on the appearance of local objects as a disguise.
However, the Doctor's TARDIS remains fixed as a blue British police box due to a malfunction in the chameleon circuit.

The Doctor rarely travels alone and often brings one or more companions to share these adventures.
His companions are usually humans, as he has found a fascination with planet Earth.
He often finds events that pique his curiosity as he tries to prevent evil forces from harming innocent people or changing history, using only his ingenuity and minimal resources, such as his versatile sonic screwdriver.
As a Time Lord, the Doctor has the ability to regenerate when his body is mortally damaged, taking on a new appearance and personality.
The Doctor has gained numerous reoccurring enemies during his travels, including the Daleks, the Cybermen, and the Master, another renegade Time Lord. 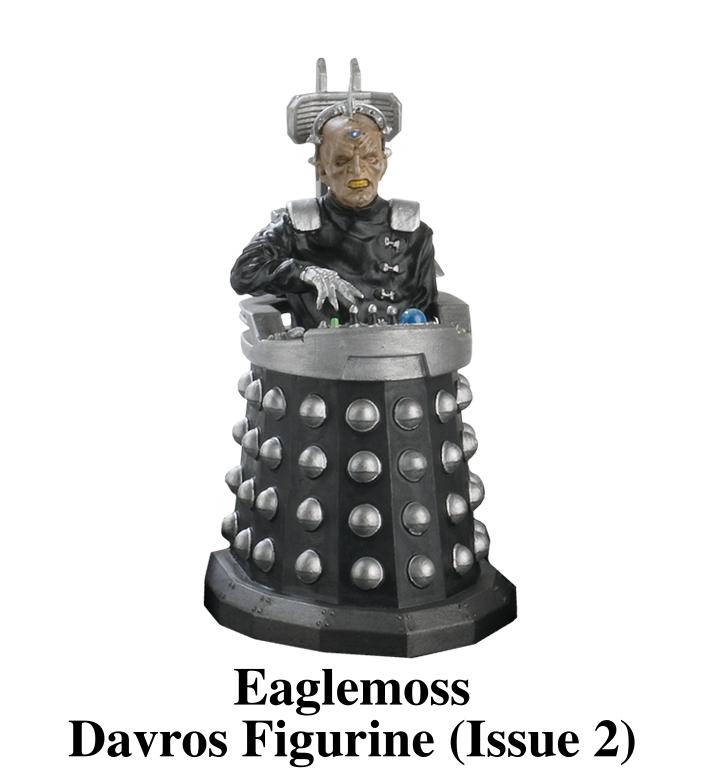 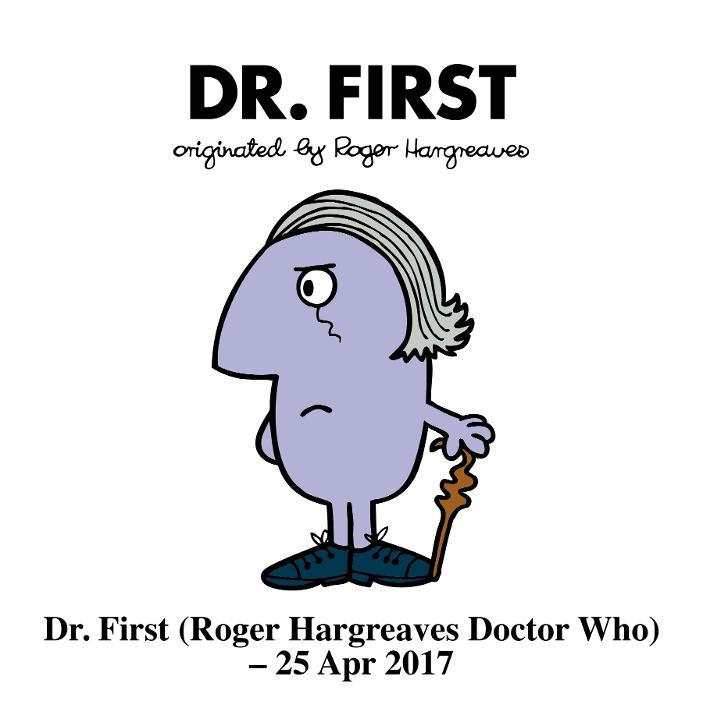 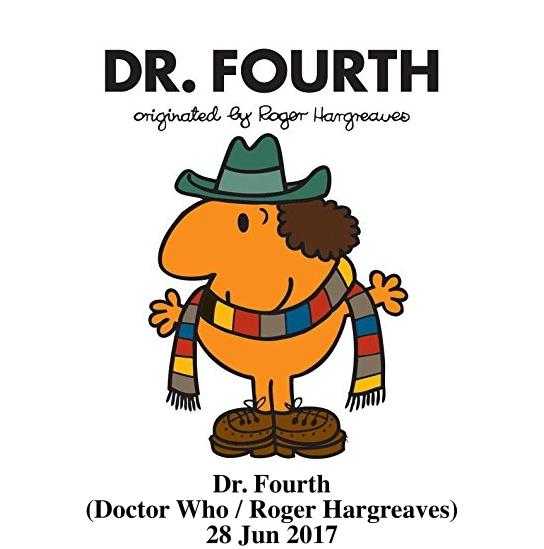 Paperback Book - New
£7.99 (UK Only)
ISBN : 9780515158472
THE DOCTOR
The character of the Doctor was initially shrouded in mystery.
All that was known about him in the programme's early days was that he was an eccentric alien traveller of great intelligence who battled injustice while exploring time and space in an unreliable time machine, the "TARDIS" (an acronym for time and relative dimension in space), which notably appears much larger
on the inside than on the outside
(a quality referred to as "dimensional transcendentality").

The initially irascible and slightly sinister Doctor quickly mellowed into a more compassionate figure.
It was eventually revealed that he had been on the run from his own people, the Time Lords of the planet Gallifrey.

Changes of appearance
Producers introduced the concept of regeneration to permit the recasting of the main character.
This was first prompted by the poor health of the original star, William Hartnell.
The actual term "regeneration" was not initially conceived of until the Doctor's third on-screen regeneration however; Hartnell's Doctor had merely described undergoing a "renewal," and the Second Doctor
underwent a "change of appearance".
The device has allowed for the recasting of the actor various times in the show's history, as well as the depiction of alternative Doctors either from the
Doctor's relative past or future.

The serials The Deadly Assassin and Mawdryn Undead would later establish that a Time Lord can only regenerate 12 times, for a total of 13 incarnations.
This line became stuck in the public consciousness despite not often being repeated, and was recognised by producers of the show as a plot obstacle for when the show finally had to regenerate
the Doctor a thirteenth time.
The episode "The Time of the Doctor" depicted the Doctor acquiring a new cycle of regenerations, starting from the Twelfth Doctor, due to the Eleventh Doctor being the product of the Doctor's twelfth regeneration from his original set.